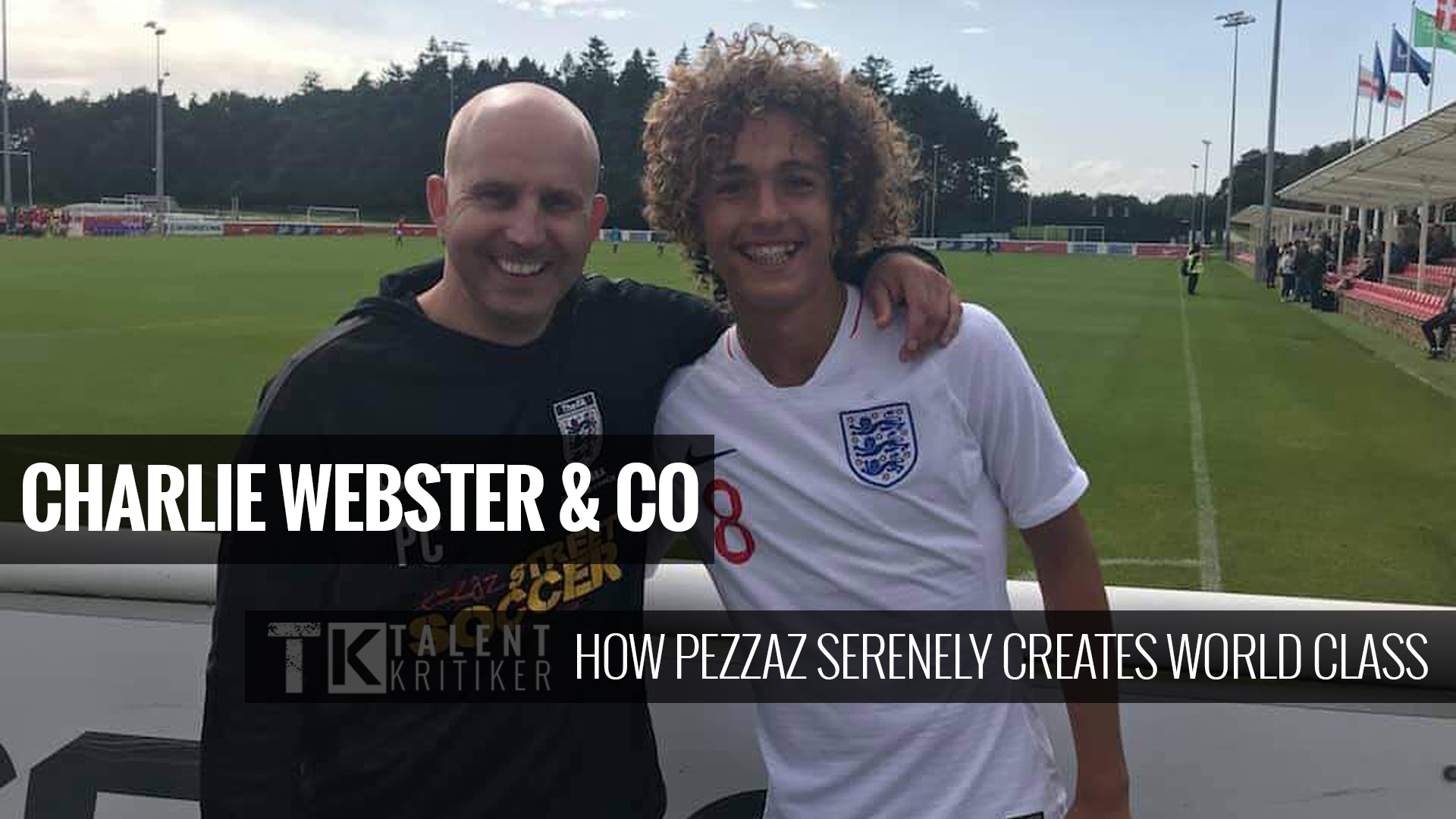 ,,An artist needs a blank canvas to paint on, a guitarist needs to jam, if they are to produce creative work and fulfil their potential like a Picasso or Hendrix. Street Soccer is our blank canvas. “, Perry Cocking ponders. His language gets vivid when he is talking about the development of young football players. Cocking ran a Brazilian soccer school for almost ten years before he founded his own football academy, he worked with players like Adam Lallana or Alex Oxlaide-Chamberlain and over 20 of Cocking’s graduates made it to a professional academy. One of them is Charlie Webster, who recently captained the U16 of England, and more promising kids are already champing at the bit. ,,If you give me ten five year olds that love the ball, I will bring all of them to an technical academy standard within four years.“, Cocking says, without seeming presumptuos. What’s his secret?

Not just for the fridge door

Terms like ,,FUNino“ or ,,Small Sided Games“ became very popular recently in both England and Germany concerning questions of talent development. Coaches, officials or even scientists tried to answer upcoming questions about young footballers at the highest level who are missing creativity and decision-making ability to a precarious extent, and many of them discovered that it might not be the most promising development strategy to copy the adult-11v11 with the help of explicit, mechanistic learning methods. These problems were discussed sufficiently, including the articles of Christian Dobrick at Talentkritiker (e.g.here) and they were long-established at some places in top-level football, even before the discussion started at a wider public. Perry Cockings Pezzaz Soccer School still earns to be called pioneering in many aspects – and one of them could be the reason for the enormous outcome of this academy.

,,We use a lot of ball mastery techniques as a foundation and then help children to turn these techniques into useful skills. We also use a lot of 1v1s and possession games to encourage spatial awareness and accelerate the natural learning“, Cocking begins to explain his methods.
The most popular reproach against approaches like Pezzaz‘ is based on terms like ,,ball mastery“ and ,,skills“ – critics like to defame them by talking of ,,fancy, skill-loving players, who are not able to play a proper game of football“, and one maybe tends to agree with such accusations to some degree. Cocking, who also works as a category 1 Premier League scout for Southampton FC, gets a bit frustrated when he faces statements like that.
,,It’s often simply because coaches want to win and are embarrassed if the game doesn’t look like a mini version of the adult one. An artist that only ever does paint by numbers will produce some nice looking pictures good enough for the fridge door. Especially compared to one that has just been left to experiment on a blank canvas. But, the one that is learning creativity will have more chance of producing original, beautiful work in the future. “, he makes a plea for training methods that emphasize elements like freestyle technique learning. And he points at his graduates, who he sees as the best proof for the quality of the Pezzaz methods, justifiably: en-vogue-kid Charlie Webster has never played regular football before he made his move to chelsea at 12 years old. The England captain started kicking a ball by five at Pezzaz and stayed there for seven years, but Webster does not play as a fancy, hachim-mastouresque left winger, who barely participates in a football game, but rather as a central midfielder, who is used to embody the metronome for his team’s playing rhythm. Is it mainly freedom that empowers talents to understand and control the game?

So – is Perry Cocking’s academy basically doing nothing at all, just giving kids the freedom to play like they want to?
No, there is a Pezazz philosophy with its own syllabus, and freedom is an important part of it. But Cocking doesn’t like the idea of fragmenting football – a ,,simple game“, as he calls it – into a thousand pieces, overcomplicating it without any consistent relatedness. The core elements are just a few, and they apply to everyone playing, but there’s also no ,,one size fits all.“ The Pezzaz approach is an individual one, it wants to understand the game in its plain nature, but still tries to go into depth as much as possible. In a pulsating, stirring football world, the Pezzaz way could be a serene alternative – which gives rise to players like Charlie Webster & Co.